TacoBell.com: Win A PSVR During The PlayStation Game 2016 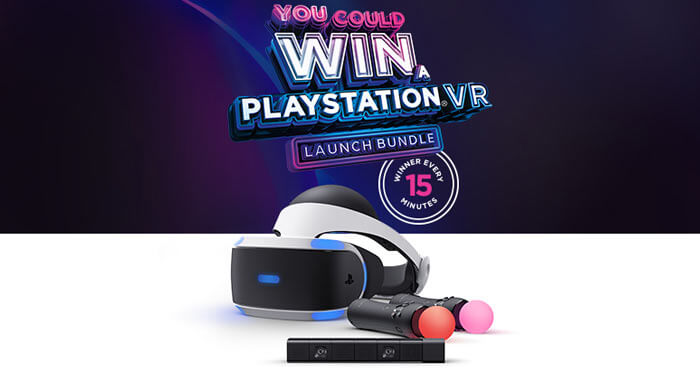 Calling all gamers! The Taco Bell And PlayStation Game is back again in 2016! This means that each time you grab a Big Box at Taco Bell during the next weeks, you could win! This year, 3,360 lucky fans who entered their codes at either WinPSVR.com or TacoBell.com/WinPSVR will have a chance to instantly win this year’s prize pack.

The Taco Bell and PlayStation Game is one of the best Instant Win Game of the year so be sure to visit a participating Taco Bell restaurant and grab a Big Box starting on September 15, 2016!

Commencing on September 15th, Taco Bell guests who purchases a specially-marked Taco Bell Big Box will receive a Game Code. However, not all Taco Bell restaurants will participate in the Game so ask the Cashier prior to ordering. Each limited edition spicy Quesarito $5 box includes the new Cheddar Habanero Quesarito, a Doritos Locos Taco, a Crunchy Taco and a medium fountain drink.

Alternatively, you may obtain a free game code by mail now through October 4, 2016. You may send your request on a 3½” x 5″ properly stamped postcard and mail it to the following mailing address: Taco Bell and PlayStation Game Code Request, P.O. Box 251328, West Bloomfield, MI 48325.

In addition, free game codes will be available online from October 5, 2016 until October 19, 2016. You may receive a maximum of one free game code by completing and submitting the request form here.

How To Win Your Very Own PlayStation VR

Did I mentioned that the Playstation VR Launch Bundle is available ONLY at Taco Bell and ONLY for a limited time? This means the Taco Bell And PlayStation Game 2016 is your best chance to win you very own PlayStation VR. Luckily for you, up to 3,360 prize packs are available to be won. A new winner every 15 minutes!

Once you obtained a game code, you may visit either WinPSVR.com or TacoBell.com/WinPSVR for your chance to win. To play the game, simply complete the registration form if it’s your first visit to the Website. Then, enter a valid Code or Online Code to obtain a Game Play. Each Code may only be used once. The Online Code is non-unique but may only be used one time per day between October 5, 2016 and October 19, 2016.

If you are an instant winner, a Winning Notification will be immediately displayed onscreen. You will also receive an email containing the instructions to claim your prize.

In restaurant and can’t wait to get home to play the Game? Using your smartphone, send a text message containing your Code to 72823. If you sent a valid Code, you will automatically receive one Game Play. Then, upon completion of a Game Play, you will receive a notification text as to whether or not you are an instant winner. 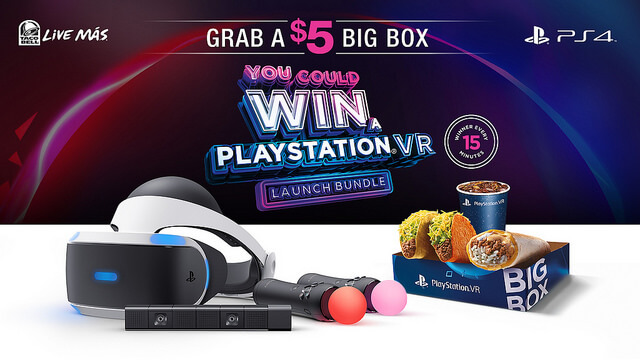 More About The Taco Bell And Playstation Game 2016

This year’s Taco Bell And PlayStation Game is offered only to legal residents of the 50 United States and the District of Columbia. Participants must be the age of 18 or older to participate.

Each participant may enter a maximum of one time during the Game Period. The Game is set to run from September 15, 2016 until October 19, 2016.

This Instant Win Game is sponsored by Taco Bell Corp as well as Sony Interactive Entertainment America LLC and is administered by Prize Logic.