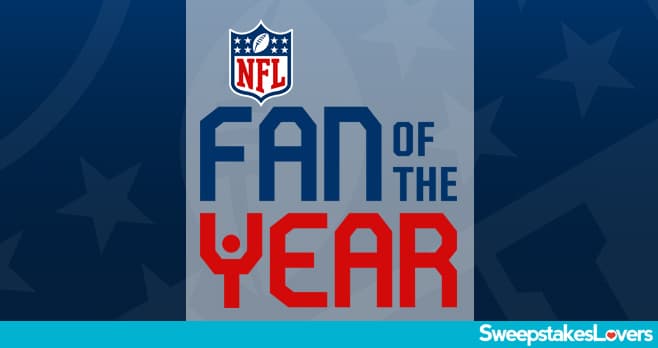 Eligibility : This NFL Sweepstakes 2022 is open only to nominated individuals that are legal residents of the 50 United States and the District of Columbia who are at least 21 years of age at the time of Promotion registration. Also open to legal residents of Canada, Mexico, United Kingdom, Germany, China, Australia and France.

Limit : Limit of one (1) Contest Entry total per person throughout the Promotion Period.

FINALIST PRIZES (32): Thirty-two (32) Contest Finalist Prizes will be awarded, consisting of a trip for two (2) (Finalist and a guest) to Phoenix, AZ from February 9-February 12, 2023 to attend NFL Honors and Super Bowl LVII. The Approximate Retail Value (“ARV”) of each Finalist Prize is $12,000.

CONTEST GRAND PRIZE (1): The grand prize winner will be crowned the NFL Fan of the Year at NFL Honors and will receive an commemorative trophy.