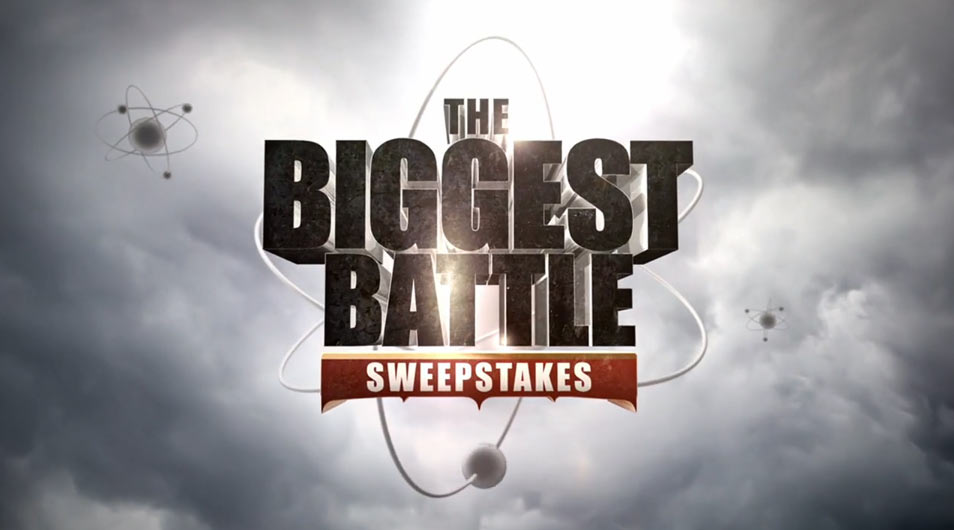 It’s the Biggest Battle Sweepstakes at BigBangWeeknights.com. Here’s your chance to attend the world’s premiere of “Batman v Superman”. To enter, watch The Big Bang Theory all next week for the Icon Of The Day. Then text it to 34490 or go to BigBangWeeknights.com. You’ll also be entered to win an advance screening for you and a hundred friends.

Keep watching The Big Bang Theory five nights a week during the Sweepstakes Period for a new Icon Of The Day and a new chance to win.

DC Comics’ Icon Of The Day

One (1) Grand Prize of a trip for two (2) to New York City to attend the “Batman v Superman: Dawn of Justice” premiere screening including the following:

One (1) Runner Up Prize of an advance screening of the movie “Batman v Superman: Dawn of Justice” for winner and one hundred guests.

The Biggest Battle Sweepstakes is open to legal residents of the fifty (50) United States and the District of Columbia. Must be at least eighteen (18) years of age or the age of majority in your state of residence (whichever is older) to enter.

The show is one the best in a long time gone .

I.I
V Winning this Sweeps would be a nova start to my accomplishments.

Long time viewer , first time entrant. Pick me , I have never won a sweepstakes but entered many!

I just heard about this last night. According to this site the contest has been over for three weeks. Not much fun!!!!!

I have a Master degree in Education and I am a long time viewer , this is my first time to enter a contest. Pick me , I have never won a sweepstakes! I love watching The BigBangTheory please enter me in the BigBangWeeknights.com – The Biggest Battle Sweepstakes.