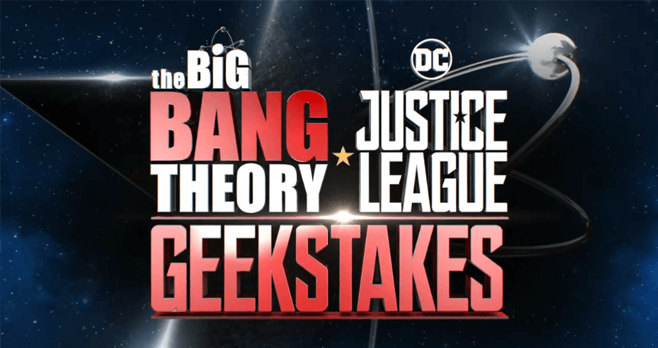 If you are a fan of Big Bang Theory and Justice League, you will love the GEEKStakes Sweepstakes. From October 16 to October 27, watch the TV show weeknights for the Word Of The Day and enter the Contest at BigBangWeeknights.com. You could win a trip to see Justice League in L.A.

Follow the steps below to enter the Big Bang Theory Sweepstakes.

You may also send a text message containing the applicable Word of the Day that appeared on the Show to 34490.

The Big Bang Theory Justice League GEEKStakes Sweepstakes is open only to individuals who are 18 years of age or older, and who are a legal residents of the 50 United States or the District of Columbia.

Sponsor will conduct a random drawing to determine the Prize winners on or around November 1, 2017, from among all eligible entries received during the applicable Sweepstakes Period.

aquaman is the word of the day