5 Sweepstakes That Could Send You To Super Bowl XLIX 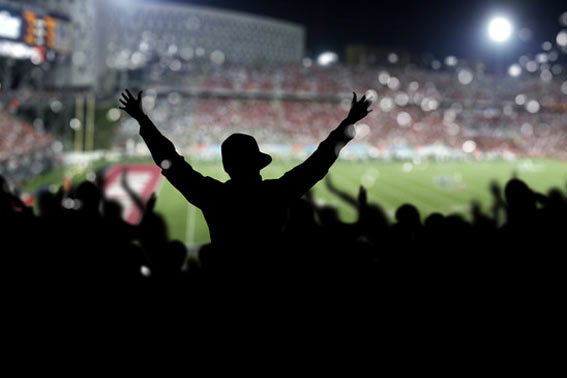 The NFL is back and some well-known brands such as McDonald’s, GMC, Microsoft, Gillette, EA Sports and Visa are jumping in the game to offer you a chance to live the dream every NFL fan should live at least one time in their life.

The Big Game is currently scheduled to take place in Glendale, Arizona on February 1st, 2015 and YOU could be there.

Enter the following sweepstakes and you could win a trip to attend Super Bowl XLIX !

Everybody loves McDonald’s fries ! Now, they could help you win a trip to Super Bowl XLIX ! From September 2, 2014 to September 22, 2014, purchase medium (4 oz.) fries at any participating McDonald’s restaurant and enter the code printed on the box at mcdpicktheplay.com

Grand Prize : A trip for winner and one (1) guest to Glendale, AZ to attend Super Bowl XLIX and a Madden NFL 15 themed Game Room.

This big sweepstakes is perfect for the Big Game with over $125,000 in prizes including not one (1) but seventeen (17) trips to the Super Bowl XLIX ! Simply visit gmcneversaynever.com to complete and submit the entry form between September 7, 2014 and February 6, 2015 and you could win one of these awesome trips.

3. XBOX One Legends of Fantasy Sweepstakes

XBOX One is running this sweepstakes from September 3, 2014 through December 31, 2014. There are four (4) ways to enter and you can enter three (3) times per person per quarter. If you are the grand prize winner, you could get on the field with some of the greatest legends of fantasy football.

Grand Prize : A trip for winner and one (1) guest to Glendale, Arizona to attend Super Bowl XLIX featuring an Exclusive NFL Experience.

Gillette and EA Sports are teaming up to offer you a chance to score a Madden Super Bowl XLIX VIP Package. Simply register online daily from 8/15/2014 though 1/1/2015 and you could be randomly selected to be the grand prize winner on or about 1/5/2015. Don’t miss your chance !

Grand Prize : A 5-day/4-night trip for winner and one guest to Phoenix, AZ to attend Super Bowl XLIX in Glendale, AZ and a Madden Game Room.

Are you ready to take the challenges ? Tostitos is challenging you weekly throughout the NFL season from September 4 to December 28, 2014. Complete the challenges, submit your pictures/videos and you could win 1 of over 1,000 weekly prizes including cash, NFL gear and gift cards, trips to NFL games. Maybe you can’t win a trip to Super Bowl XLIX but you could win $10,000 to throw the ultimate party during the Big Game !

Grand Prize : Ten thousands dollars ($10,000) which may be used towards a Super Bowl Party.