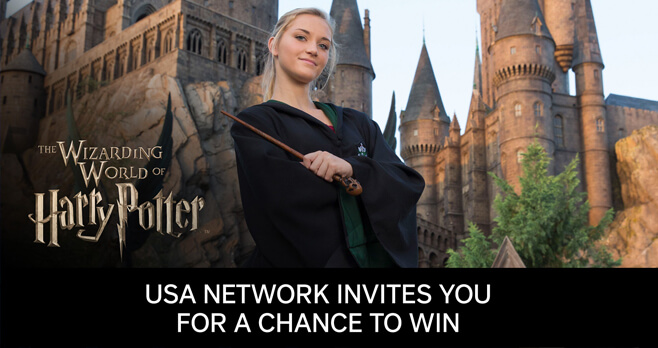 USA Network is giving you the chance to win a family trip to next year’s Christmas in the Wizarding World of Harry Potter at Universal Parks & Resorts with the Universal Studios Sweepstakes 2017. Enter now through December 24.