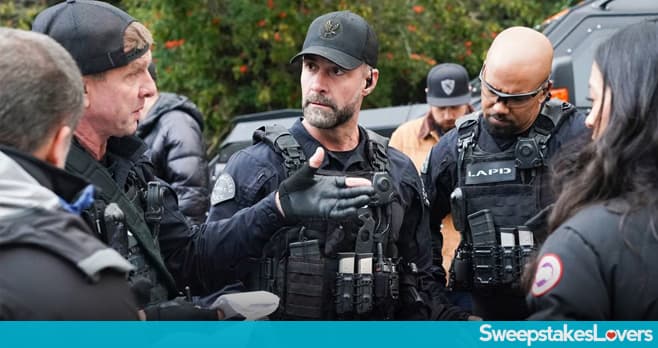 Enter the S.W.A.T. Sweepstakes at SWATsweeps.com for your chance to win an all-expense paid trip to Tokyo and join the S.W.A.T. team on-set.

Eligibility : The Sweepstakes is open only to individuals who are currently physically located and residing in the Eligible U.S. who are U.S. citizens or permanent legal residents, and who are eighteen (18) years of age or older as of October 9, 2019.