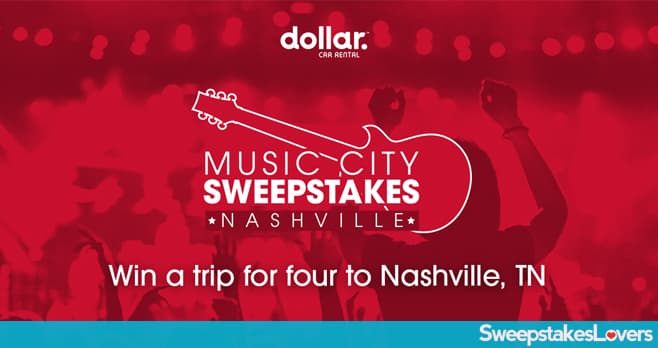 Dollar Sweepstakes 2019: Enter the Dollar Music City Sweepstakes at dollar.com/musiccity for a chance to win an unforgettable trip to the country music capital of the world, Nashville, TN.

Eligibility : The Sweepstakes is open to legal United States residents residing in the forty-eight (48) contiguous United States and the District of Columbia who are licensed and insured drivers and at least twenty-one (21) years of age or older at the time of entry.

Limit : There is a limit of fifty-two (52) entries per Entrant for the entire Sweepstakes Period regardless of the method of entry.

One (1) grand prize of a trip for four (4) to Nashville, TN for Grand Prize Winner and three (3) guests to include: