To celebrate the launch of Disney Infinity 3.0 Edition, now including Star Wars characters and worlds, Disney announced the First To Play Disney Infinity 3.0 Sweepstakes where 100 lucky fans will have the chance to win a Kingdom Hearts Mickey Costume Power Disc, a rare D23 Expo 2015 exclusive Power Disc that will never be sold in stores!

Disney Infinity is a game that let you play in the worlds of some of your favorite characters in Play Sets, including Star Wars, Marvel and Disney Characters, and create your own universe in the Toy Box!

During the month of September, record a video of yourself, between 3 and 5 minutes in length, showing one (or many) of the following:

Once done, upload your video on either Twitch or YouTube including the hashtag #firsttoplaysweepstakes in the video title/description. Next, visit infinity.disney.com/contests/first-to-play and log into your Disney.com account, or create an account for free, to access the Sweepstakes Entry Form. Then, fill out the form by providing all requested information, including the title and description of your video, along with a link to access your video on Twitch or YouTube. You will be automatically entered into the applicable Entry Period, as detailed below:

For each Entry Period, twenty (20) winners will each receive a Kingdom Hearts Mickey Costume Power Disc. 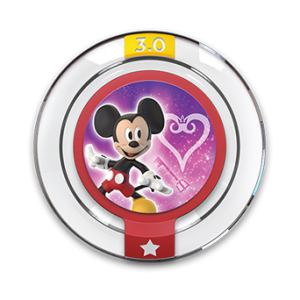 The First To Play Disney Infinity 3.0 Sweepstakes open only to legal residents of, and physically located within, the 50 United States, D.C., or Canada (excluding Quebec) who are 13 years of age or older.