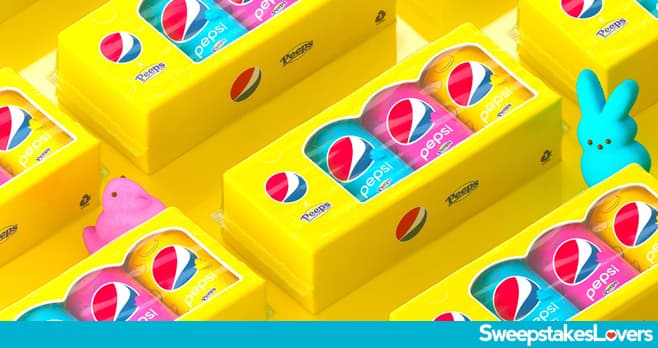 Pepsi PEEPS Sweepstakes 2021 on Instagram and Twitter with #HangingWithMyPeeps is your chance to win a special edition 3-pack of 7.5-ounce cans of PEEPS Flavored Pepsi marshmallow.

Eligibility : This Pepsi PEEPS Contest is open only to legal residents residing in one of the fifty (50) United States or the District of Columbia who are eighteen (18) years of age (nineteen [19] for Alabama and Nebraska) or older at the time of participating.