TostitosPartyChallenge.com : Enter The Tostitos Party Challenge For A Chance To Win $10,000 For Your Awesome Super Bowl Party

Tostitos is giving away over 1,000 weekly prizes including cash, NFL gear and gift cards, trips to NFL games and the chance to attend an NFC/AFC Playoff Game in 2015. Are you up for the challenge? 17 weekly challenges will be issued throughout the NFL season from September 4 to December 28, 2014 and if you are the grand prize winner, you could win $10,000 to throw an awesome Super Bowl XLIX Party !

Here’s How It Works.
Each week of the 2014 NFL season, TOSTITOS will publish a new party challenge at TostitosPartyChallenge.com. To enter, submit your photo or video answering the challenge via:

Limit.
There’s a limit of one (1) entry per week per person, regardless of the method.

Eligibility.
Open only to legal residents of any of the 50 United States and the District of Columbia who are 18 years of age or older at the time of entry.

Grand Prize.
One (1) Grand Prize Winner will receive ten thousands dollars ($10,000) awarded in the form of a wire transfer or check which may be used towards a Super Bowl Party. ARV : $10,000 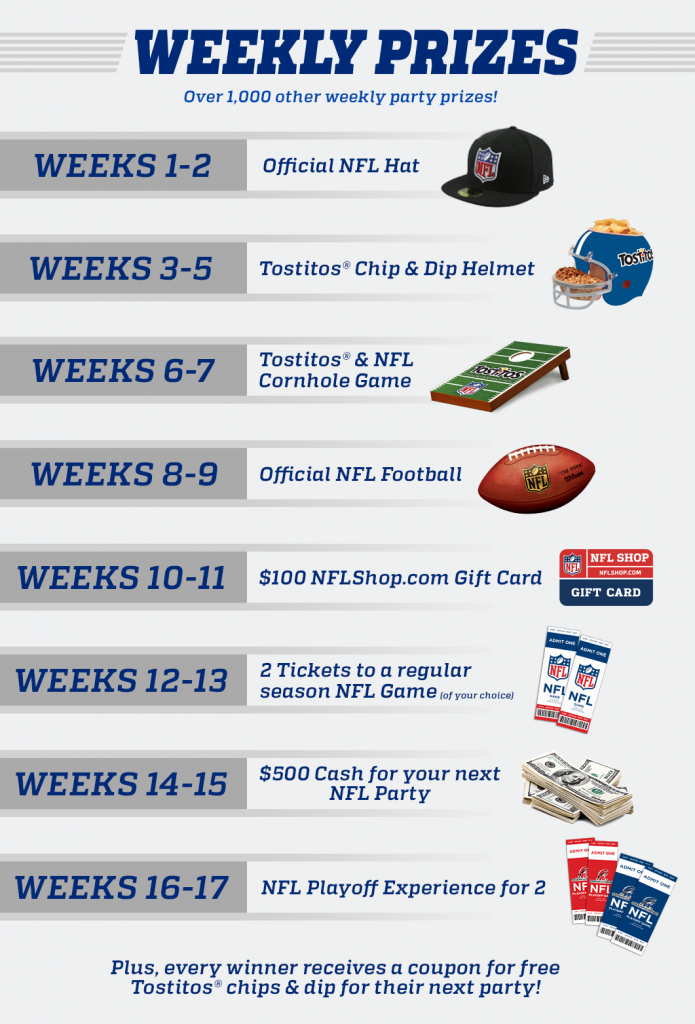