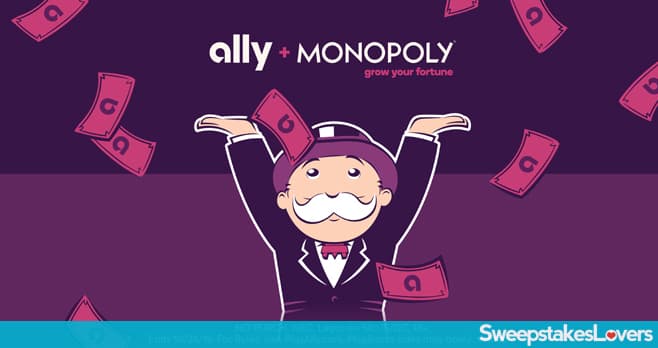 Ally Monopoly: Ally Bank invites you to play Ally Monopoly for a chance to grow your fortune with $1 million in prizes to be won including a grand prizes of $50k, a Jeep Wrangler, and over 1500 daily prizes. Play in real life if you are in Detroit, New York City, Chicago, Seattle, Charlotte, or Dallas. Plus, play online from anywhere, everyday.

For your chance to win cash prizes, play Ally Monopoly at playally.com by October 28, 2019.

What you need to know about Ally Bank Monopoly.

fifty grand most deffintley this year