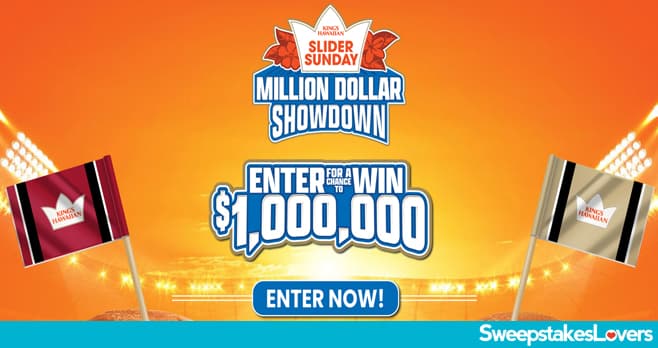 King’s Hawaiian Sliders Sunday Million Dollar Showdown Sweepstakes 2022 is your chance to win $1,000,000 and a trip to the Big Game. Vote weekly for your favorite King’s Hawaiian sliders and you could win all season long. Ham and Cheese Sliders or Rolls Sliders? Cast your vote now!

This King’s Hawaiian Sweepstakes 2022 is open only to legal U.S. residents residing in the fifty (50) United States or the District of Columbia who are at least eighteen (18) years of age at time of entry and who meet all other requirements in the Official Rules.

For a copy of the winner’s list, visit: www.KingsHawaiianShowdown.com. The winners’ list will be made available once all winners are confirmed and will be available until March, 2023.