Last week, Jimmy Fallon announced that The Tonight Show will be holding one of their biggest contest so far where you could win a Lexus NX Turbo!

To enter The Tonight Show Lexus Vine Rap Challenge Contest, launched on Thursday, March 19th, simply go on Vine and make a 6-second rap video about why you want/deserve the Lexus NX Turbo. Be as creative and funny as you want and make sure to tag it with #TonightShowLexusContest. Here’s an example:

Check out the contest entries daily NBC.com/LexusVineChallenge and tune in to The Tonight Show on Thursday, April 9 to find out who won the 2015 Lexus NX 200t F Sport valued at over $36,000! 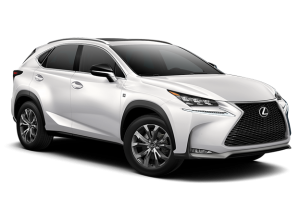 To get started, create a funny and unique Vine video featuring a rap about why you deserve a brand-new Lexus NX 200t F SPORT using the special background music (or just rap without music). Then, follow @FallonTonight on Twitter and share your video on both Vine and Twitter including the hashtag #TonightShowLexusContest to be entered into the Contest.

Need inspiration? Check out the contest entries on Twitter:

You have until April 4, 2015 at 12:01 AM ET to participate and you may enter once per day for a maximum total of seventeen (17) entries throughout the Contest Entry Period.

The The Tonight Show Lexus Vine Rap Challenge Contest is open only to permanent, legal United States residents who are physically residing in one (1) of the fifty (50) U.S. (excluding Puerto Rico, Guam, the U.S. Virgin Islands and other U.S. territories), and who are eighteen (18) years of age or older as of the start of the Contest Period.