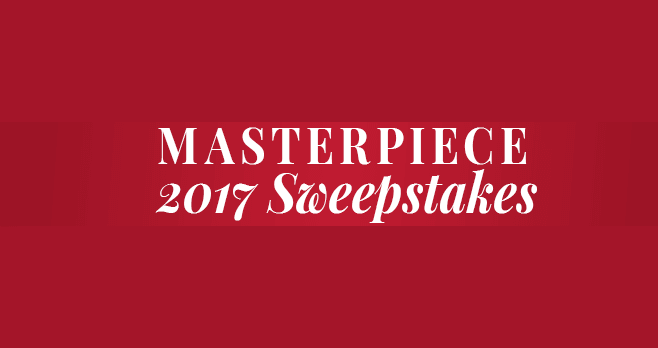 PBS 2017 MASTERPIECE Sweepstakes is a PBS Sweepstakes running at pbs.org/sweepstakes and tied up to PBS’s MASTERPIECE where you can win a 7-day, 6-night trip for two to Great Britain where you’ll have the opportunity to tour MASTERPIECE film locations.

PBS.org/Sweepstakes: Fill Out The Entry Form

During the Promotion Period, visit pbs.org/sweepstakes and fill out the entry form located at the bottom of the page. You may also complete the form by signing in with Facebook. Once completed, submit the entry form to receive one Sweepstakes Entry. 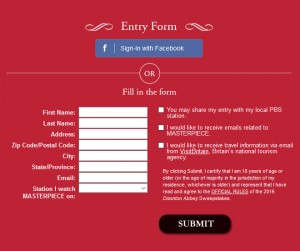 Increase your chances of winning by entering daily through March 15, 2017 and invite your friends to enter the PBS 2017 MASTERPIECE Sweepstakes for extra chances to win. Each friend that enters will give you another entry in the Sweepstakes.

Win A Trip To Great Britain

The grand prize winner will be flown to Great Britain for a private behind-the-scenes tour of MASTERPIECE film locations such as Yorkshire and London sites for Victoria (York Minster, Castle Howard, Harewood House, Newby Hall, and Kensington Palace), London film site for Sherlock (Tower of London), and Downton Abbey’s iconic Highclere Castle for a tour with resident owner, Lady Carnarvon. Grand prize includes airfare for two, hotel accommodation at The Royal York Hotel in York and at the Edwardian Hotel. Plus, MASTERPIECE merchandise from shopPBS. 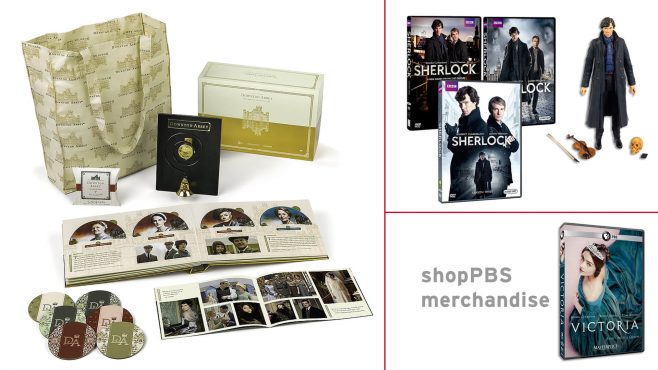 Each month during the Promotion Period, one winner will receive a Downton Abbey: The Complete Limited Edition Collector’s Set DVD, a Sherlock action figure, a Sherlock Seasons 1, 2, and 3 on DVD, and Victoria Season 1 DVD from shopPBS.org.

More About The PBS 2017 MASTERPIECE Sweepstakes

The PBS 2017 MASTERPIECE Sweepstakes is open only to legal residents of the 50 United States, Puerto Rico, Guam, the US Virgin Islands, the District of Columbia and Canada (excluding the province of Quebec), who are 18 years of age or older (or the age of majority in the jurisdiction of their residence, whichever is older) and who possess a valid United States or Canadian Passport with an expiration date after December 31, 2017

My wife is originally from England and came to Canada in 1946 as a war bride. The English countryside shown on Downton Abbey brings back many memories.

Who won the sweepstakes?

My mother’s family came from England and I have always wanted to see it. It’s been my heart wish.

Thank You so much for making DowntonAbby its the best

I have always wanted to see England, my family comes from England and seeing Downton Abby and know Victoria makes my heart wish for this.

I was born in England and came to United States about 1959, my parents lived Sheringham, Norfolk, my brother still lives in Nottingham, England, I have not seen him for many years, also have friends there, would be lovely to see that beautiful Country again, even though am getting old.