Extra Cher Sweepstakes And Secret Code Word Of The Day 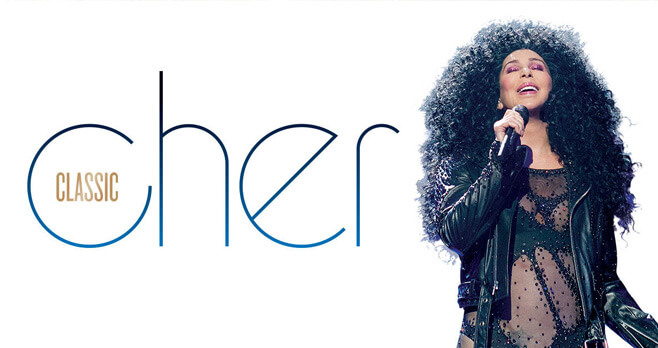 SweepstakesLovers has the secret code word of the day for the Extra Cher Sweepstakes! Cher returns to Vegas and you could win a trip and tickets to see her extended engagement “Classic Cher” Live at Park Theater at Monte Carlo.

To enter, watch EXTRA each day between Monday, July 31, 2017 and Friday, August 4, 2017 for a code word and register online at extratv.com/cher.

What Is The Extra Secret Code Word Of The Day?

Looking for today’s code word for the ? Here is a complete list:

More About The EXTRA Cher Sweepstakes

The Sweepstakes is open only to individuals who are 21 years of age or older, and are a legal resident of and physically residing in one of the contiguous 48 United States or the District of Columbia (excluding Alaska, Hawaii, Puerto Rico, United States territories, possessions, and protectorates, foreign based United States military installations and wherever prohibited by law).

Each Grand Prize winner will receive a 3 day, 2 night trip for 2 to Las Vegas, NV. Trip will include round trip coach class air transportation for each winner and up to one Guest from a major commercial airport near winner’s home; 2 nights standard hotel accommodation at Monte Carlo Las Vegas; non-exclusive ground transportation to and from airport and hotel in Las Vegas, NV; and 2 tickets to see Cher live at Park Theater at Monte Carlo.

Following the conclusion of the Sweepstakes Period, Sponsor will select five Grand Prize winners. Sponsor will conduct 5 random drawings, with each random drawing consisting of all entries received with the correct Word of the Day for each applicable daily Entry Period in accordance with the Official Rules. Sponsor will select all 5 Grand Prize winners at the end of the Sweepstakes Period, on or about August 7, 2017.

To receive the names of the winners, send a stamped self-addressed envelope to: “Sweepstakes Winners List”, Warner Bros. Domestic Television Distribution, 4001 West Olive Ave., Burbank, CA 91505 (Attn: Public Relations) within 60 days of expiration of the Sweepstakes Period. Please indicate which Sweepstakes winners list you are requesting by referencing the name of the Sweepstakes in your request.