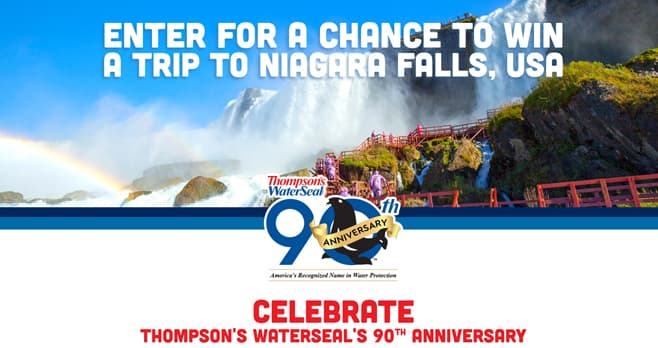 The Thompson’s WaterSeal 90th Anniversary Contest is offered only to legal residents of the forty-eight (48) contiguous United States and the District of Columbia who are at least eighteen (18) years old at the time of entry. The Sweepstakes begins at or about 12:00 AM ET on July 8, 2019, and ends at 11:59:59 PM ET on September 2, 2019. Each entrant may enter one (1) Instagram Entry or one (1) Facebook Entry during the entire Contest Period. The grand prize consists of a trip for four (4) to Niagara Falls, New York. Visit thompsons90thanniversary.com to enter and see Official Rules for details.