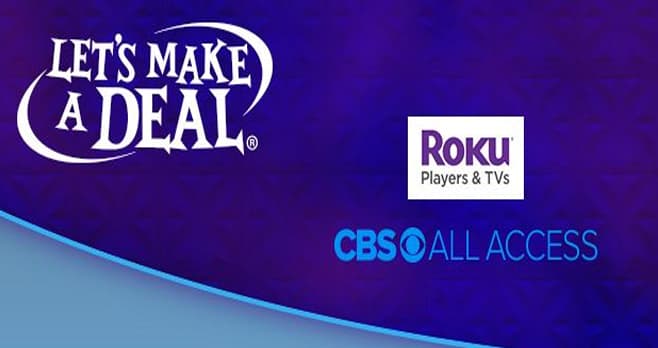 The CBS Let’s Make A Deal Contest is offered and open to persons who are: (a) Registered Users (as defined below); (b) legal residents of one of the 50 United States; and (c) at least 18 years old or age of majority, whichever is older in state of residence, on date of entry into a Sweepstakes. The Sweepstakes begins on September 9, 2019 at 12:00:00 a.m. ET and ends at 11:55 p.m. ET on October 7, 2019. Limit one entry per person per Sweepstakes Entry Period. The grand prize consists of one (1) Roku Ultra & $50 CBS All Access Gift Card. Visit cbs.com/deal to enter and see Official Rules for details.

i love your show

I love lets make a deal. Watch the show all the time.